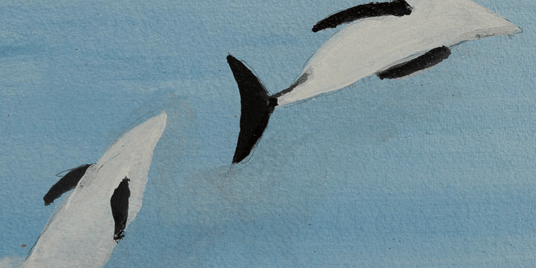 Hello to all Justin Bog writing life blog followers . . . Today I’m revealing the opening paragraphs of my new horror novella, Sun Stroke. It’s a devious little chiller, and I hope you enjoy meeting the characters, the two- and four-legged kind. 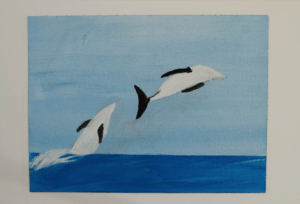 An orcas painting by George Bogdanovitch captures the denizens of Puget Sound. My father loved Washington State, Seattle, the water, and always wanted to return here, but never ventured back after departing in 1972 for Denison University’s Art Department and Granville, Ohio. 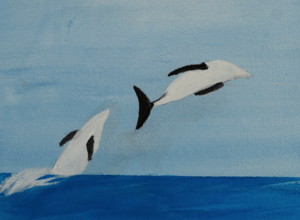 THE DAY BEGAN WITH A BATTLE OF WORDS BETWEEN NEIGHBORS. The tone remained even from both sides, calm, implied indifference, but clipped indignation filled the atmosphere around them—a silent and heavy presence invisible to the humans, but detectable to their canine companions. These beloved pets paced behind their owners. One, Kraut, a tiny old dachshund, bared his yellowing teeth from moment to moment, while Jekyll, a young border collie circled this wizened stepbrother. Shirree, the most passive-aggressive of the two complainants wanted to kick Kraut swiftly with her gardening Croc, stop the darting pooper up soundly. (Of course, Shirree would never cop to this aggressive want out loud. She’d never act on her darker thoughts of punishing a dog corporally.) Neither of the two women felt it necessary to win the argument.

“If your lovely dogs, and I do think they’re wonderful, could stop coming over here to relieve themselves, I’d be ever so grateful.” Shirree implied this steady occurrence was deliberate. That’s what it sounded like to Tonya.

“I’m sorry. I couldn’t hear you. Your lovely dogs are barking so loudly. What did you say, Shirree?” 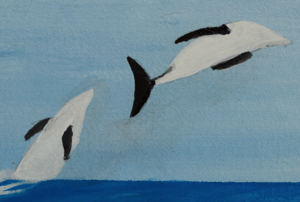 Again, they were good people, that’s what they both thought, and this pent-up argument remained solely about their dogs, one wanting diligent containment behind their fenced-in yards (that’s what a fence is for), the other wanting more peace and quiet (the only good thing being that Shirree called it a night, shades drawn, at 7:30pm), keeping the dogs happy bright silly funny pets, and the humans, ever so polite, reassured one another that the roaming and nuisance barking didn’t matter much in the long run. That’s what Shirree thought, and her two chihuahuas chattered all the live long day, ran the length of the front border fence if they heard any movement on the street. Shirree didn’t hear her own Ruffy and Sparky pooches anymore, their high-pitched caterwauling blocked out by smiles of love, adoring pats, and organic treats. Tonya couldn’t stop hearing them. Even in spring, or on warm summer days, she stayed indoors as much as possible to escape the migraine-inducing chatter. They’d only moved into the decades-old neighborhood—most of the homes in need of transformational fixing up to escape bygone architectural mores—two years ago with Kraut and Jekyll. Tonya and her husband, Reggie, were the new people, and they never complained about the neighbors (except to one another, and that’s when their indignation grew bitter and down-right nasty). They’d sip their vodka martinis on their back deck and wait for a close-by bark. They stepped lightly and sunk onto their lounge chairs in complete silence, whispering.

Tonya didn’t know what came over her. She and Reggie’s two dogs were obedient, controlled, followed orders, had learned so much in training sessions at the off-leash dog park near Coupeville’s Air Force Base. They adopted a border collie to keep Kraut company, exercising in his old age. Named him Jekyll because he was a “good boy,” a smart dog they grew prouder of after training the animal to jump through hoops, walk up and down seesaws, and weave between plastic posts at the animal training center. Tonya entered her Jekyll in dog contests, agility, intelligence, obstacle courses, and Jekyll only grew better now that she was three. 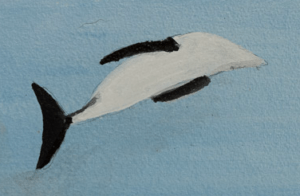 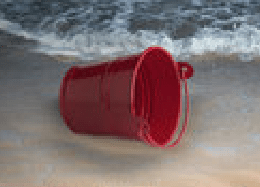 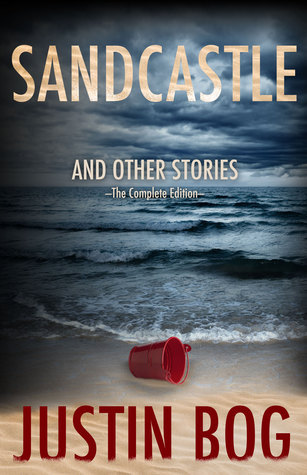