You are here:
BlogJournalOriginal Work 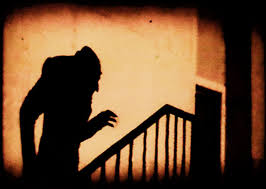 Week four in the LifeBooksWriting author blog challenge unveils the best subject, the one I take the most care with: character inspiration. Of course, even this phrase has more than one definition. I take it to mean how I’m inspired to create fully rounded characters—the people in my dark tales set in mundane settings, usually, whose actions make readers think, feel, empathize, love, hate, trash and burn, hope for. Are there characters based on real people I bump into? Family members? Siblings? Parents? Friends? Classmates? Possibly, but I’ll never tell. 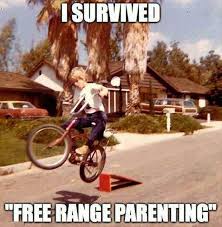 Parents take umbrage with single people because they have no business “judging” them when they are childless. I love this argument. There are many examples of bad parents, bad parenting, and I guess these parents didn’t get the memo one receives the moment a child enters their lives. Single people don’t get this memo either. But, as a writer, anyone, with child or not, can imagine parents and their children, their drives, their wants and needs, and write about them as if they appeared from thin air. 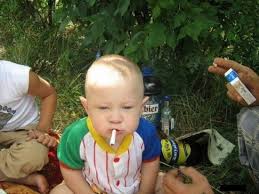 I wrote a story titled Mothers of Twins. The only one I knew was my own mother, who had two sets of twins. I asked her questions after question. How she and my father raised me helped guide me in creating my own story’s central mother of twin boys. Other mothers of twins appeared in the story, and these mothers were distinct from one another, as all of us hope to be in real life. How can a man write from a woman’s point of view? And vice versa? I tend to observe people in real life. We all do this, unless cell phones and other gadgets have really broken up this wonderful people watching habit too much. We all do not live in vacuums. We all know good people and shady characters like poor old Uncle Redman who hung out with the wrong people that one idle summer in college and wound up doing two years for something he still says he didn’t do. Write about Uncle Redman!

The strangest circumstances inspire me while reading the morning news. I hear about some old man tied to a tree in the middle of the North Carolina woods and, BOOM, I’ve already created the circumstances that brought him to that place. As in real life, a woman tied him up and left him there, and here my story diverges: this woman is someone who’d fought a hard battle with this man after she caught him observing her . . . but what she doesn’t know is that he’d been following her around for years, even before her move from Michigan, and that he wasn’t alone in his “stalking” . . . and there’s usually a twist to my tale. Who is the bad guy? Who is the villain in this story. I don’t believe it’s the man tied to the tree at this point in my thinking. The woman didn’t think she left him alive after doing what she needed to do. This is the beginning of a horror story in my opinion, but it was inspired by someone from our reality. 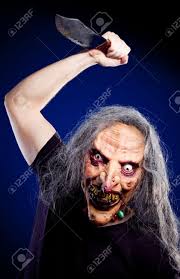 My father inspired another scary, noir, tale, and it’s been in my head for the past week, jumping, chomping-at-the-bit for me to write down. Back in 2008 I remember when my father had pneumonia and was admitted to the ICU for rest and rehabilitation. The heavy medications made him a party to ICU delusions, and I remember the conversations we had surrounding a certain monstrous, long-haired, knife-wielding, dirty crazy man who just that very instant was spying on my father from behind one of the cupboard doors in the small room. My father motioned me closer so he could whisper in my ear, and said: “There’s something supernatural going on in this hospital.” And he stared at me, pointed to the cupboard. “He’s in there. Don’t. No. Don’t open it!” My father napped off and on in this state. When he opened his eyes the room was rearranged, doors closed that were once open, chairs moved, lights dimmed or brightened and he thought ghosts were at work. When his health came back I brought these conversations back up and he didn’t like it. He stopped reading scary novels a long time past when he was the one who introduced them to me in the first place. My father used to tell the most adventurous tales to his children. I hope to carry this forward.

Who inspires you? Do you base your characters on real people? If I do, they are a composite. Writers pull from real life, and no one is safe. Ha!

Best in your own inner and outer worlds, 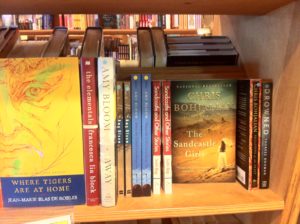