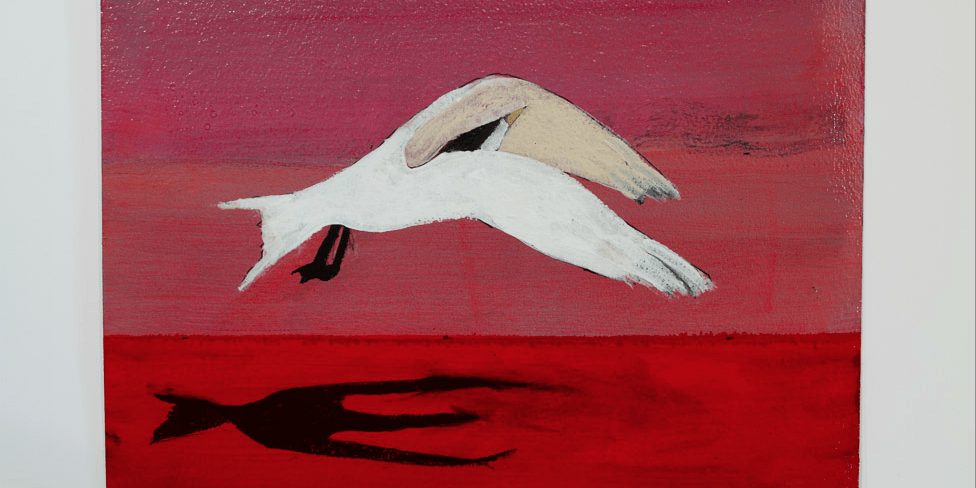 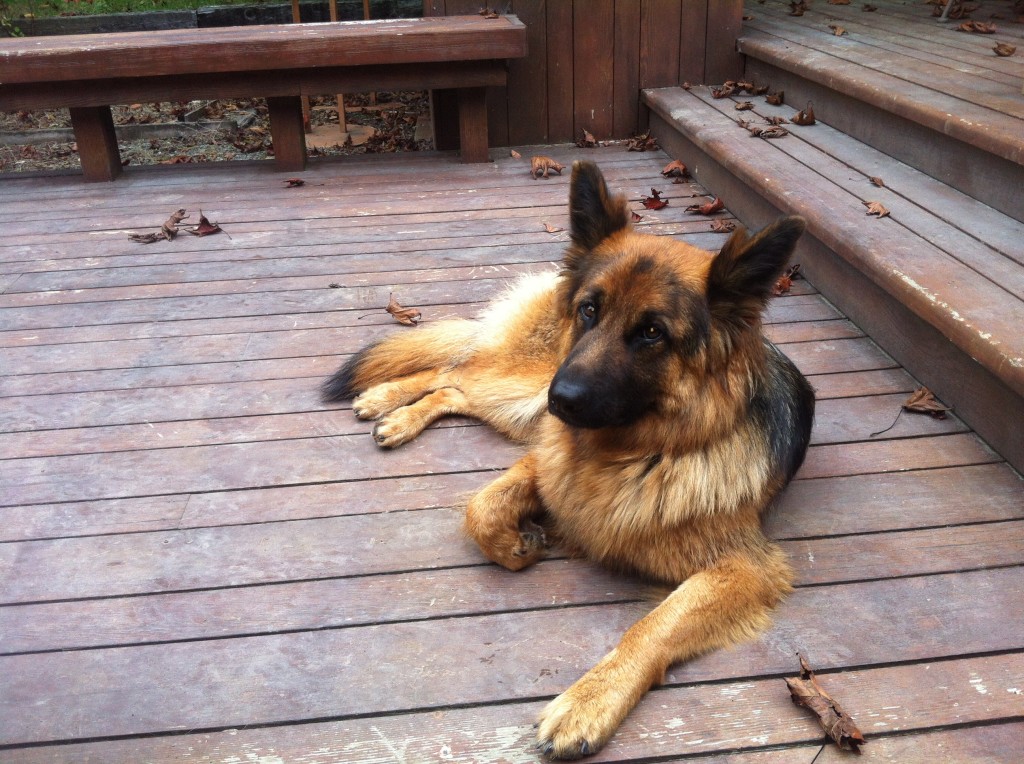 This past week was one of the best weeks here in the San Juan Islands, crisp sunny days strung together. Today is Kipling’s 3rd birthday, and I can’t believe she’s not a puppy anymore. Eight weeks after her birth, in early November 2011, Kipling joined Zippy, Ajax The Gray, and Eartha Kitt’n in our home. The menagerie has seen us through some major ups and downs, and I was grateful for her positive puppy energy. There’s nothing like a new pet to add constant comedy to the surroundings. Happy Birthday Kipling!

As far as the writing goes, the latest installment of A Play Demonic (The Queen’s Idle Fancy) is here for your reading pleasure, and it sets up the wild scene in the next chapter well. Please let me hear from you, dear reader, with your thoughts, comments, curses . . .

If you’ve been following along, keeping track of all the characters, today’s section magnifies the relationship of Martin and Carole Belloon. In the background, everyone is preparing for the Thanksgiving Holiday. I imagine Waltzcrop, Camoustra, and Frenalto eschew graciousness with the best of them. 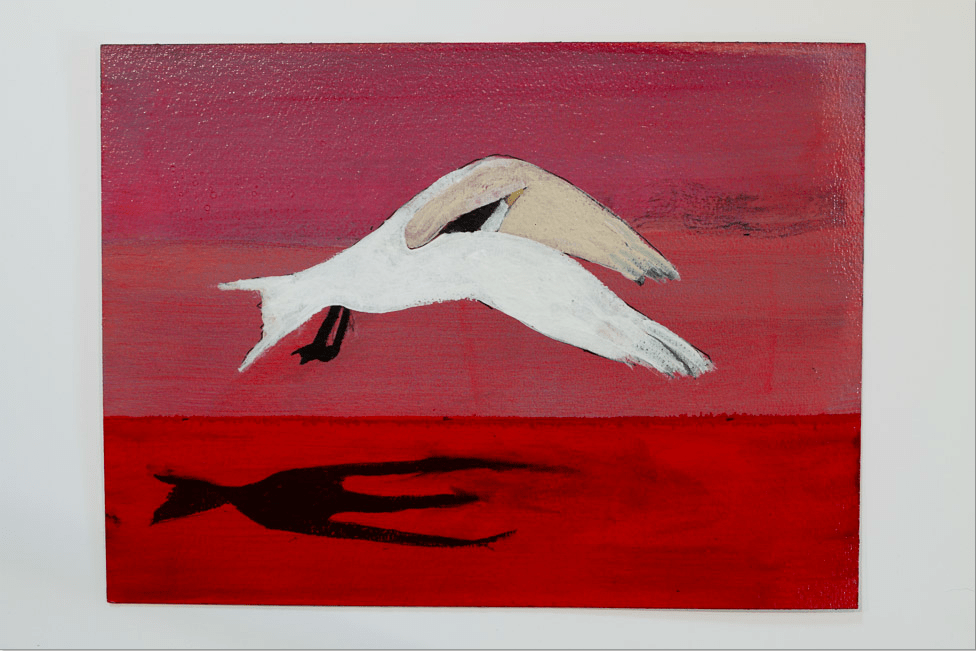 Another painting done in the last years of my father’s life. This one with the bird reflects the Thanksgiving holiday and the bird-like woman one of the characters bumps into at the local Costco. If you’d like to see more of my father’s paintings, simply click HERE!

In the Belloon kitchen, Carole poured chicken stock into her stuffing mix and stirred. She added sautéed mushrooms and onions and oysters, bought fresh the day before when she braved the crowds at Costco and Haggen over in Burlington. A friend of the theater stopped her in the jammed-in-with-the-crazed aisle, actually grasped her elbow with bird-like fingers, which made Carole pull away, barely concealing her revulsion. She laughed the moment off with a fake, harried obliviousness.

“We haven’t seen you around, Carole. I’m missing you at Zumba!” the friend said.

“I’ve been distracted. Sorry, Nedra.” Carole had never asked where the name Nedra came from, but its originality poked in her mind whenever Nedra entered her sphere.

“Martin keeping you busy with the play decisions? I hear you have a doozy lined up for next year.”

“Yes . . . a doozy.” She wondered who spilled The Queen’s Idle Fancy’s secrets.

“There’s a special old-world quality. It’s a farce. An original. You should audition.”

“I’m serious. There are several non-speaking roles in The Queen’s Idle Fancy. That’s the title. The stage needs to resemble a bustling village. Stop by the theater and grab a copy to read for yourself. Auditions aren’t until January.”

“I’ll think about it. I could play a stationary object. The Queen’s food tester—for poison!”

“Imagine that.” And Carole did the next second, picturing Nedra taking out a special spoon and diving into the wild boar stew a second before Queen Stormag, bird-like, swallowing, and then froth spurting forth from between her thin lips, pink, bloodied, eyes rolling upward, and Nedra collapsing onto the stage floor. “Take her away!” . . . the Queen throwing the bowl of stew against the castle stones, gristle and poison flying.

Nedra, who actually did resemble birds—not only one kind, but several, down to her skinny stork-like legs—all with different origins, had never irritated Carole this much before. Just being stuck in polite chitchat was making Carole cringe. Ducky lips. She hated staring at them. The peacock-like helmet of her buoyant dyed-russet plumage made Nedra stand out in any crowd.

“If you don’t mind, Martin is expecting me, and he doesn’t like it when I’m late.”

“Martini-hour commandant? I get it. Roscoe is the same whenever football’s on the tube. I’ll let you get back to your Thanksgiving shopping. Hope you already bought a turkey. They’re almost out of fresh ones, and it’s too late to defrost.”

“Have a nice holiday, Nedra. And, thank you. I’m not myself. Forgive me.” Carole pushed her cart away, quickly lost in the crowd.

Her turkey roasted away, the entire list of side dishes benefitting from an early-morning prep, Carole had stuffed her bird with citrus, oranges, a grapefruit, fresh sage and rosemary, and wrapped the entire carcass in bacon, finishing when the first light of dawn brightened her kitchen island work area. It was a huge—foul fowl—bird, and would feed the company well. Martin was off picking up his ungrateful daughter, Peggy, at the airport shuttle’s Shell Station stop, and Carole still felt trapped. How she’d have to pretend, suck up her natural desire to control, make her surroundings perfect. Peggy ruined that for her, always did. Continued to do so as Martin gave her explicit instructions on how she should behave around his daughter—a warning, really. Her husband wasn’t even in the house and Carole quivered just thinking of disobeying his rule, the rules he was coming up with, new ones each day.

“I’ve invited Mack and Ivy and your favorite insipid couple over for Thanksgiving, Lovey. Cary and Gabby make me laugh, and they’re going to fund most of the new production. Once I told them about The Queen’s Idle Fancy, they about threw their bank accounts in my direction. You know how I can make it rain. Hope you don’t mind.” Martin’s tone at the end here was filled with threat, a snake’s cunning. He hoped Carole would protest, and when she smiled back at him, accepting the news with aplomb, Kate Denisov couldn’t have portrayed his wife’s actions any better.

That was only the week before. Their Thanksgiving table would consist of eight adults, Peggy being the grown-up child Martin would be fawning over all weekend, and three young kids, at their own small card table, in elementary school. Two, a girl of six, Chelsea, and a boy of nine, Parker, were Mack and Ivy’s (and their nanny, Theresa, from Croatia originally, a widow, made for the eighth adult), and one sullen, spoiled boy of eight, Fergus, was Cary and Gabby’s problem most of the time. Who’d ever name their kid Fergus? Carole always had this thought when the kid was presented to her as if he was the next prince of the realm. Fergus has the highest score on those standardized tests this year. He loves math. Don’t you, Fergie? Carole thought of the redheaded English royal Fergie, and smiled her thoughtful smile, the one she’d grown accustomed to planting on her face whenever Martin tested her honesty.

The front door opened and Carole could hear Martin conversing with his daughter. Footsteps approaching.

“How are you, Peggy?” Carole dried her washed hands on a kitchen towel and stepped over to Peggy and gave her an air kiss on each cheek, never once smudging her meticulously applied makeup.

“It’s nice to be back home. Santa Barbara’s too one-dimensional for my favorite fall holiday.”

“I quite agree. I can’t believe your mother married someone twenty years older,” Martin said.

“He’s a wreck of a man. I told you. Getting away from his lecherous bent dirty-old-man tendencies is a blessing.”

“I hope your mother’s on your side when defending yourself.”

“Well, he plays it off as if I’m imagining things. He’s very sly. All hands. I tell him to cut it out all the time. He says he’s harmless. Joking. I think he actually believes he’s being charming.”

“Your mother’s just young enough to please him? Pawing after you . . . I don’t think so.”

“He’s loaded. That’s the main draw. But so not worth it. Be like making love to a Shar Pei, and I don’t want to imagine my mother in that situation.”

“Sounds like she’s earning her, and your, keep.” Martin laughed a raucous laugh.

“Do you need a snack, Peggy?” Carole chimed in.

“Oh no. I stopped at the airport Starbucks. Early.”

“Why don’t you have your father carry your bags up to your room?”

“She wants her space. My poor overworked angel.” Martin moved behind Carole, encircled her waist with both arms and nuzzled her neck. “I could just take a bite out of you.”

Carole froze. Her face didn’t crack. After a split-second she was able to smile at Peggy, who didn’t act fazed by her father’s words.

“Okay, why don’t we leave Carole to her magic. We’re getting out of your hair. Call us if you need anything. The dinner bell rings at four, and company will be here an hour before.”

“You’re in charge of the wine. Don’t know if the nanny drinks. From what I hear, Theresa’s extremely religious, not in a bad way whatsoever. It’s strong though. Ivy says she’s kind, loyal, and great with her children, but doesn’t partake of anything the teensiest bit left or right of a rigid moral boundary line. I think Mack and Ivy tease her a bit about her old world views.”

“Don’t worry about my duties, dear. I’ve told you that before. And the nanny . . . wouldn’t worry about her either. We can always set a place for her at the kids’ table. Off we go.” Martin and Peggy left. Both laughing once more.

At Carole’s expense? Did she hear Martin just insult her? She let out a held breath without realizing she’d been holding it. Carole made sure to begin prep for the sides early and most of the work was completed. She cut the brown ends off the Brussels sprouts, throwing away yellowing leaves, for roasting after the bird finished cooking. The stuffing would share space with the sprouts, and then she could begin mashing the potatoes with half-and-half and lots of butter, salt, and pepper, and stirring flour and broth into the turkey drippings for gravy. Her cranberries with caramelized onions bubbled away on one of the back stovetop burners. They were almost ready and there’d be plenty of time for them to chill in the icebox. The one thing Carole didn’t have time for, and wasn’t efficient enough with, was baking. Not homemade, her pumpkin and apple pie came from the market. Topped with whipped cream, no one cared.

The whole house filled with the scent of roasting turkey, sage, and Carole wanted to share this holiday warmth, even if the people she would be breaking bread with weren’t at the top of her list of people she loved to entertain. This was Martin’s party.

To read the next chapter of A Play Demonic (The Queen’s Idle Fancy), simply click HERE for Part 19! 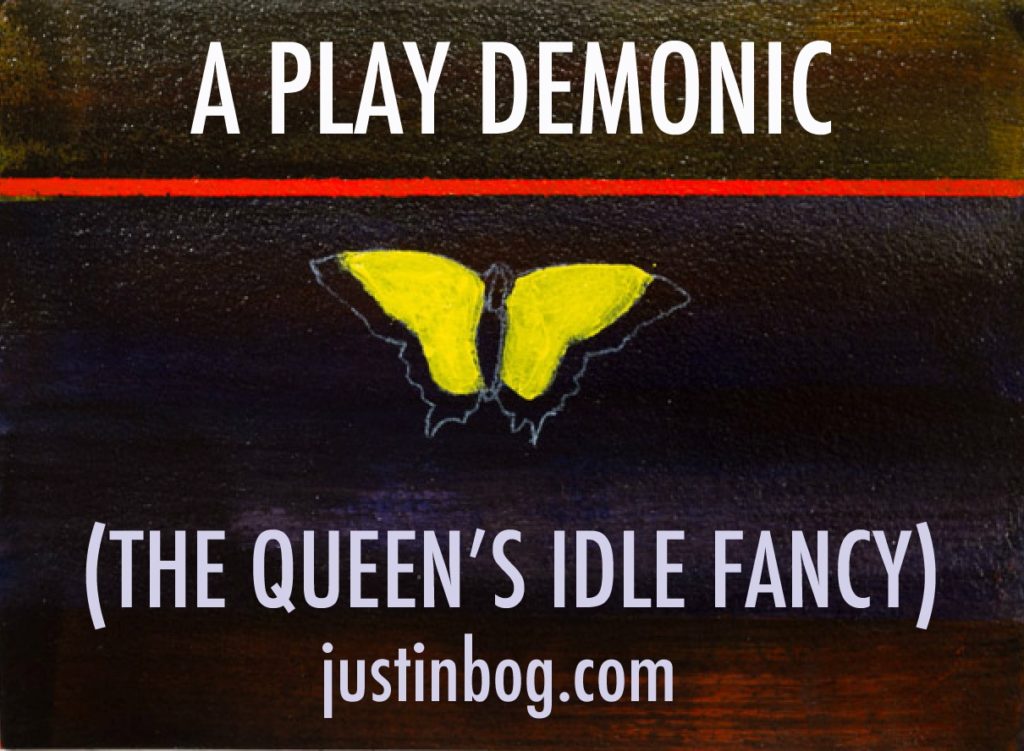 Kudos for making it this far. Following a weekly serial is a lot to ask, but I’m enjoying the challenge, the story, and where the characters lead. 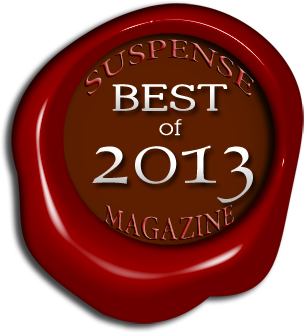