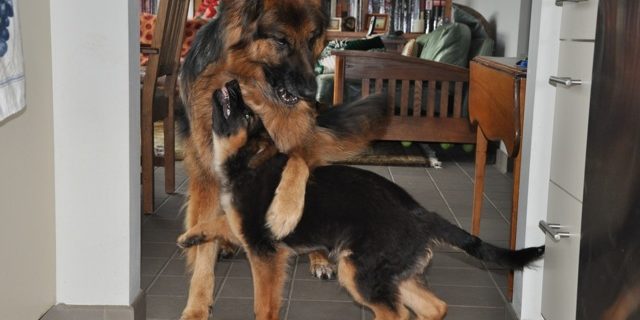 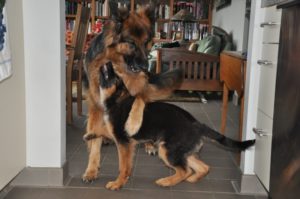 Do you really need another photo of Kipling? She’s now 10 weeks old and Zippy is her personal bodyguard. Another Kipling 1st Thanksgiving Report this weekend 🙂
***
Zippy is a calming presence & he’s no longer sparking a green Borg-eye when Kipling gets close. One Kipling ear is straightening…soon, the breeder’s tattoo (there’s a bit of extra ink surrounding the number) will fade. Would people buy a Kipling stuffed animal 😉
*** 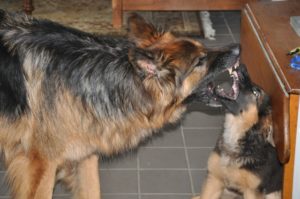 Okay, some of you may have already seen the Kate Bush article when it was originally posted at In Classic Style, but I wanted to share it here in my Blog archive. 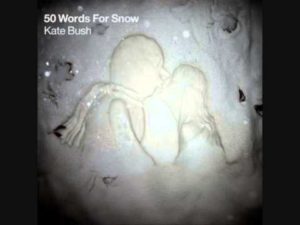 I was born in a cloud…
Now I am falling,
I want you to catch me.
Look up and you’ll see me.
You know you can hear me.
— from Snowflake
***
Everyone who listens to Kate Bush’s music remembers the first time hearing her distinct multi-octave range. Not too far in my past, I visited the University of Michigan and on the tour of the dorms from an open door down one long hallway came the sounds of breathing, drums, a chanting, and a mumbling that rumbled into the hallway. I passed by the room, of course peeking in, and watched a student sitting on the floor packing boxes. The music rolled on and I stopped, turned around, and asked the student what he was listening to. He was very happy to show me the album cover for Kate Bush’s The Dreaming. Upon returning home, and after a quick trip to Columbus, Ohio, to find Kate Bush’s music at Peaches Records, I listened to The Dreaming so much I drove my family crazy, but there was still a copy of Kate Bush’s Lionheart in my stocking come Christmas.

The Dreaming is one of my favorite albums, and in my top ten of all time. Her follow-up album after The Dreaming, Hounds of Love, focused her storytelling a bit more and found the most commercial success in the USA. Hounds of Love gave the world the iconic single and a #1 Dance hit when it was remixed, Running Up That Hill (A Deal With God) – which has been covered by so many singers since, including Placebo and Tori Amos (who owes so much to Kate). I continue to listen to the entire oeuvre, from The Kick Inside to Aerial. This year alone, Kate Bush recorded two new albums. Director’s Cut, out last spring, carefully and playfully revisited tracks from two of her older albums: The Sensual World and The Red Shoes. She slowed the tempo down and gave each song more space to breathe, something she explores with more experimentation on 50 Words For Snow, where the pauses, ornamental soft flourishes, strengthen the longer compositions.

50 Words For Snow finds Kate Bush in a lush and meditative place. She still tells complex surrealistic stories. Here, within the snow cycle, are fables about a snowman lover in the sensuous song, Misty, which starts out so genteel and descends into a raw howl. In Wild Man, a yearning woman cries out for a Yeti to escape its hunters:
You’re not a langur monkey nor a big brown bear – You’re the Wild Man.
They say they saw you drowned near the Rongbuk Glacier.
They want to hunt you down. You’re not an animal.
The Lamas say you’re not an animal.

50 Words For Snow contains only seven songs over 65 minutes, the first three songs playing out over thirty minutes of time and, in Kate’s world, space. All of the songs are wintry, icy reflections of a world viewed from curious vantage points. Throughout, Kate’s piano melds with weathered snowy drifts of synths and soft drumming. In Snowflake, the album opens with Kate playing simple piano. There’s a tinkling introduction similar to many of the happier songs from Kate’s songbook, such as The Morning Fog and In Search Of Peter Pan. She quickly veers away from that, however, and delves into deeper, languorous new Kate Bush territory, as if time and distance have transformed her into a master of lush, somber, meditational storytelling. It’s not the first time she’s sung the words: I am falling. She speaks of the clamor of the world grown too large, and how to find a loved one in the chaos. Albert McIntosh sings a child’s soprano vocal to counterpoint Kate’s colder view that the world is so loud, that the chill can break hearts, and save them too: I am ice and dust and light. I am sky and here. 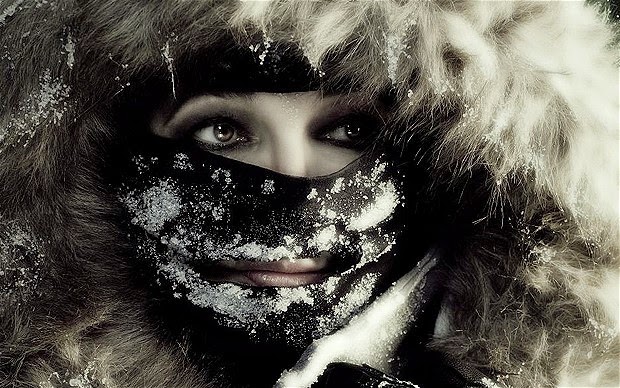 Kate Bush has written about women drowned before. Once, brilliantly, in the second half song-cycle of Hounds of Love, where she sung of the drowning of a witch. The second song in this snow cycle, Lake Tahoe, tells the story of another woman who drowned, whose ghost, wearing Victorian dress, sometimes rises out of the water in search of her beloved pet dog, Snowflake. Kate Bush is an iconoclast for a reason, and I know no other artist who can make a chant — a ghost’s lament — sound so poignant:

“Here boy, here boy! You’ve come home!
I’ve got an old bone and a biscuit and so much love.
Miss me? Did you miss me?

Kate Bush, a British citizen, shares her love of the classics, especially the romantic period. Then she upends the romance by placing her lovers in surreal situations. Strange lovers cavort in Misty, the longest song on the album, and make this the one song that could fit perfectly alongside There Goes A Tenner, Houdini and All the Love from The Dreaming. Once the snare of drums enters the icy musical landscape, adding playfulness, Bush introduces a woman who brings a snowman into her bed, who speaks of his ice-cream lips, and his creamy skin, and how his snowy white arms surround her. Is this woman a bit crazed? Is she mourning a lost love, continually remaking this love, only to see him dissolve in front of her time and time again? When it snows, she is happy because she knows her lover can come back to her. A truly unique song, and a peek into the fantastic imagination of the singer and songwriter.

The tempo increases with the fourth track, Wild Man, welcome and engaging as the hunt for Kate’s yeti — Kangchenjunga Demon, Wild Man, Metoh-Kangmi — commences. Wild Manis the first single off the album, and the most accessible as a commercial single with Andy Fairweather Low joining Kate on vocals. 50 Words For Snow is a concept album, and like so many artists of a prior age used to record, all the songs are part of a cycle. Sit in front of a winter fire and listen to 50 Words For Snow — watch the snow drift. The music is here to remind us that the terrablizza season is fast approaching.

The next couple songs bring in two more guest vocalists, one a great fit, and one that perhaps needed a bit more direction. Song five, Snowed In At Wheeler Street, pairs Kate’s softer but engaging and questioning tone with Elton John. The combination of voices doesn’t fit as well as Peter Gabriel with Kate in the still-haunting duet, Don’t Give Up. The song grew on me, though, and I listened past Elton John’s delivery to what the two lovers were actually saying to each other, lovers who keep missing each other throughout time: We’ve been in love forever.

Come with me, I’ll find some rope and I’ll tie us together.
I’ve been waiting for you so long, I don’t want to lose you again.

The album ends with Among Angels and the only accompaniment comes from Kate’s crystal clear solo piano hush. The lyrics are a link to the nostalgic opening song. The world is too large; there are millions, and it’s easy to fall, to feel lost. The world expands. We feel smaller and angels stand around us even if we can’t see them — a thing of beauty.

And they will carry you o’er the walls.
If you need us, just call.
Rest your weary world in their hands.
Lay your broken laugh at their feet.
I can see angels around you.
They shimmer like mirrors in Summer.
There’s someone who’s loved you forever but you didn’t know it.
You might feel it and just not show it.

It’s a chilly day here in the San Juan Islands and perfect for reading suspenseful books. Look for recommendations of the mystery In Malice, Quite Close by Brandi Lynn Ryder and read The Best American Short Stories 2011.