The Volunteer Part 3: A #horror Story 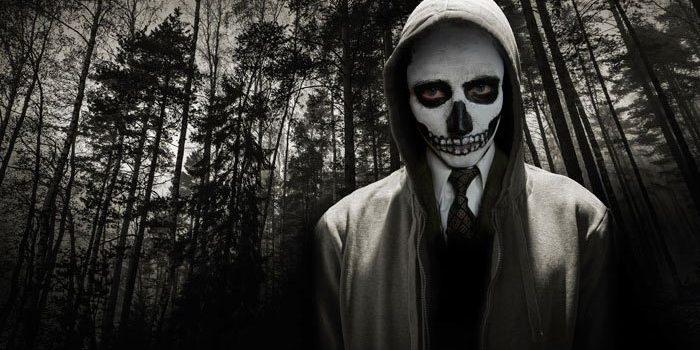 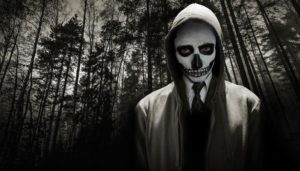 “Pick what you love and do it well.”

That’s what our narrator of The Volunteer, the hapless husband and father of two budding teens, wants everyone to do by the end of the last chapter. He wants the youth tennis team he supervises to excel, but other, darker forces come into play, so to speak, and he’s left befuddled and helpless. Beware the desires of ruthless people, and pray you never cross their path, and worse yet, catch their eyes, their hideous attentions. Now, in this third section, details are given, and a strange new world is introduced.

Please feel free to comment below whether the tale is hitting you well or with your opinion in check . . . or wildly untethered. I love to hear from anyone . . . and everyone. Live monstrously, bold, and take risks!

If you wish to begin reading The Volunteer from the very beginning, please click HERE to read Part 1!

If you wish to read the last chapter, please click HERE to read Part 2!

We got along—the coach and I—the first year. I stayed the helpful gopher ready at the drop of a hat to help anyone who needed help. I did what the Coach wanted. I asked him what to do. It was the coach’s job to make the roster, play each kid where he felt they needed to play and he didn’t consult me for that, which was fine with me. After a match finished it was the Coach’s job to speak to the players, console them if they lost a tight match, chide them if they displayed laziness, a lack of footwork, on the court, not moving with a keen desire, praise them if they won. Whether they won or lost the match, his job was to give the advice, tips on what to do next time, make them feel positive about what they did while giving them sound reasoning on what to work on if certain shots and shot selections didn’t cut it. I would cheerlead, tell most of the kids they played great when it was merited, and commiserated with them if a loss hit them too hard. 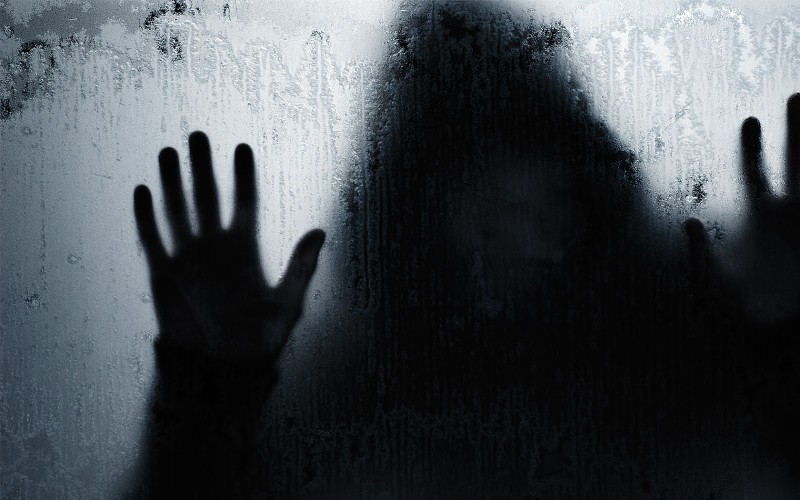 At practices we’d divide into two groups. One day Coach Martin would run a drill with the singles players and I’d help the doubles players with strategy on the court: serve to your opponent’s weakest side, usually the backhand side, but mix it up, hit down the middle since doubles was won by the team that conquered the middle of the court, don’t guard the alley unless facing a wizard who owned the down the line shot, hit the ball so that it stayed low over the net, and mostly crosscourt over the lowest part of the net so that the opposing net player couldn’t smash a high volley or an overhead winner. You have half the court to cover so cover it, move to net as a team, and realize when you get to the net you have the entire net to cover—go for it. I wasn’t a strong believer in the one up one back positioning but more-often the girls tended to fall into this weaker formation, which opened up the net for stronger opponents’ doubles teams. Strategy changed and I helped prepare them for every scenario.

The next day of practice I’d help the singles players: get your opponent on the run, side to side if possible, don’t just hit it right back to your opponent down the middle unless your shot had depth (and most beginner players couldn’t hit with much depth of shot where the ball landed within a foot of the baseline), hit higher over the net with topspin so that the ball landed deeper in the court, work a point by hitting to their weaker side, mix up the serve and recognize the short ball and move move move your feet. Coach Martin would work with the doubles teams or supervise challenge matches. It was a nice partnership even though we ended the season with more team losses than wins—ours was a team in transition. Coach Martin hadn’t had a winning season, boys or girls, in over ten years, just the sorry state of not having a tennis club on the island. Once in a blue moon we’d get a phenom, someone driven to succeed, and that player could earn a scholarship at a two-year college, but most of the team played for fun—it was something to do after school so they wouldn’t have to go home. The indoor swimming pool brought in many community members, enthusiasts, and a tennis club would surely do the same, but who had the money to build a facility now?

The second and third years I volunteered went smoothly too, and we even had a couple students, one boy’s doubles team make it past districts and into the State year-ending championships, where they placed 14th out of eighteen schools, and a singles playing girl made it close at districts her junior year and then went to state last year, placing tenth, before graduating and moving to college, even getting a small scholarship to play for a state community college tennis team. As you can imagine, that moment made me proud of my tiny influence. I remembered working with all the kids, helping them improve, made sure having fun was the main part of the game, taught them to be fair with their calls, to not challenge a bad call, just move to the next point and win it without arguing—you’re never going to change an opponent’s mind, especially if that player is cheating. Focus on the ball since that’s really your true opponent. Get to the ball and get the ball back over the net time and time again. Don’t let it beat you or get past you.

Girls played in the Spring (practices beginning in chilly, rainy gray February) and Boys played in the Fall (practices beginning in August the weeks before the school year began). It’s the way this school district divided the teams up. Some Washington school districts joined the girls and boys teams together, but there weren’t enough courts for that here, and the cracked and decrepit courts were in big-time need of resurfacing, but in the current economy, the school could only spray a sticky, rubbery foam into the widening cracks and hoped no one tripped and fell and also hoped no one got hurt and then sued. A huge school levy will pass, but most of that large sum will go to rebuilding the high school to modern standards, new iPads for the kids, a total reconstruction of the football field, stands, and uniforms. Tennis isn’t a priority sport, but if they took even a small percentage of the funds raised through taxation a spectacular indoor tennis facility could be built and we’d have a chance at a tennis team the entire island could be proud of. 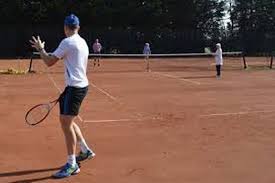 On that first storm-clouded February day of practice, I parked above the courts in front of the Fidalgo Swimming Pool since my kids would finish their swim practice about the same time I finished my volunteering. I couldn’t see the six tennis courts since they were built in a cut-out about fifteen feet down on the hillside, the top of the stairs, street level and even with a field for ultimate Frisbee and soccer practice was created. The staircase was built to go from the upper field to the six courts and bleachers for parents and visiting teams sat on the field’s edge at the top of the hillside. No kid was allowed to climb up or down the slope; when it was the slightest bit damp it remained slick and someone could easily twist an ankle in a fall—it happened once a year.

So, when I approached the courts that first practice of the season and heard a strange, verging on bass, voice, calling out to the kids: “Run, run, run, you maggots . . .” I felt a pit in my stomach. The voice didn’t sound the least bit friendly. There was an underlying militancy there, orders must be obeyed, but strange, compelling too, and I wasn’t the only one who immediately understood this. There was also a lilt to the tone and I guess I could’ve heard the word maggots wrong but it’s there in my head as the kids ran suicides back and forth across the width of the court.

A suicide running drill isn’t the easiest or the most exciting but it helps with lateral movement. After a starting command you ran to the closest line, the singles court sideline, crouched down, touched it with your free hand, holding the racquet in the other, then ran back to the doubles sideline, touched it, then sprinted back to the middle of the court, touched the line there, or the imaginary one past the serving box sideline, back and forth, touching each line and then stopping when everyone had accomplished the task, waited 30 seconds before starting the next supervised sprint. Usually on the first day the girls, out of breath, couldn’t do more than two or three of them before complaining in their group teen whine.

It wasn’t yet spring, a late February afternoon, the air chilly, the sky overcast gray, and rain predicted for most of the rest of the week (where conditioning practices would then move inside the middle school gym, which was down another slight slope from the tennis courts), most of the girls wore sweats, and they were huffing, out of shape, as to be expected. I walked down the wooden staircase to court level, watching, amazed.

The girls sprinted. Like I said, this early on, two or three suicide sprints pushed them too far.

I watched Coach Martin and he was running them with his girls, something I’d never seen him do before. He sprinted and bobbed in the middle of the pack, his hair a wild and windblown nest . . .

I looked back on this moment and I remembered thinking: there’s no way anyone new was going to make me run sprints. After walking down the stairs, I placed my tennis bag on the side of the red outer court area. The courts themselves, in the gloom, became a dusty, pockmarked, murky green. I already told you the court surface was crap. I watched as the girls ran, some of them jumping over the cracks, others touching them, landing and then sprinting up and away, back and forth.

And that is a wrap for another two weeks . . . I’ll be on a short vacation and then back to the grind, which I love. Look for a second edition of my first psychological crime novel, Wake Me Up, coming in early August with a brand new cover, tweaked a bit from the original. It’s darker in theme and design. I love that too.

If you’d like to read the other horror weekly (or so . . . monthly . . . yearly!) titled A Play Demonic (The Queen’s Idle Fancy), a tale of supernatural power, demonic forces, and a cursed play, please click HERE to begin reading Part 1! 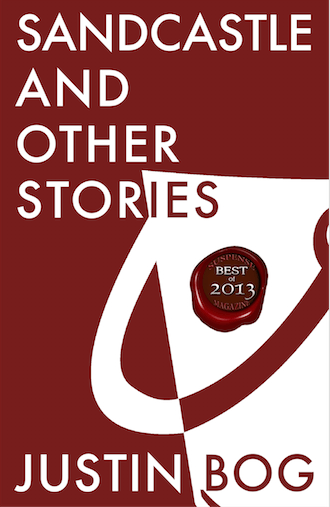