The Volunteer Part 4: A #Horror Story 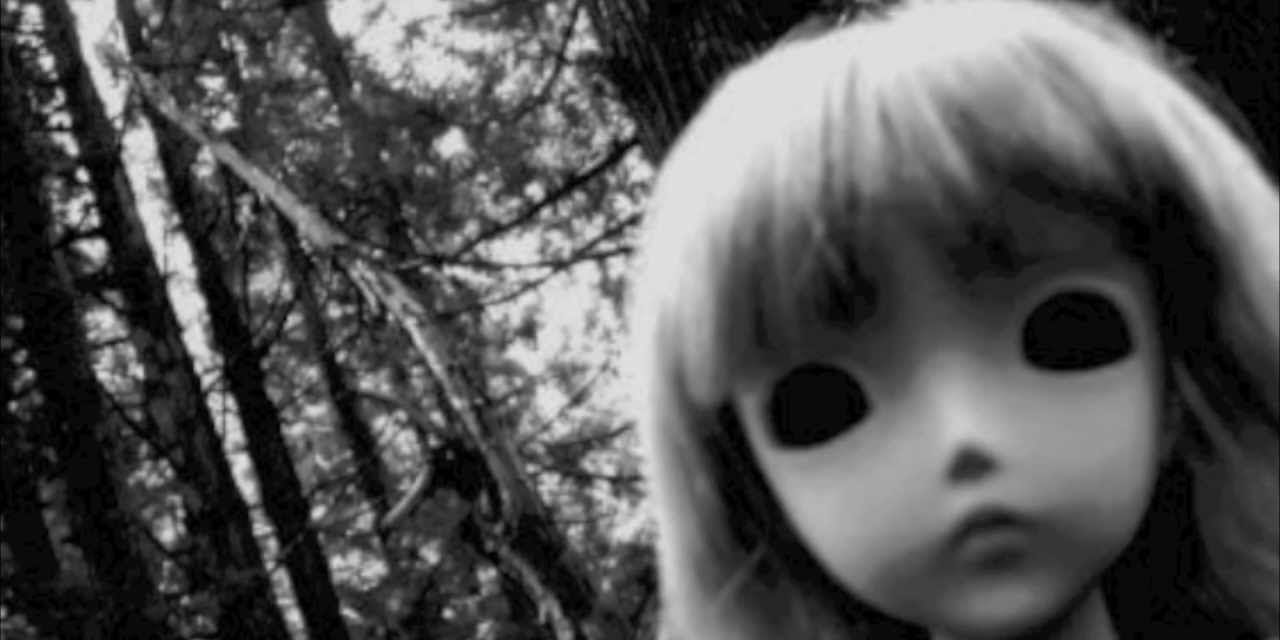 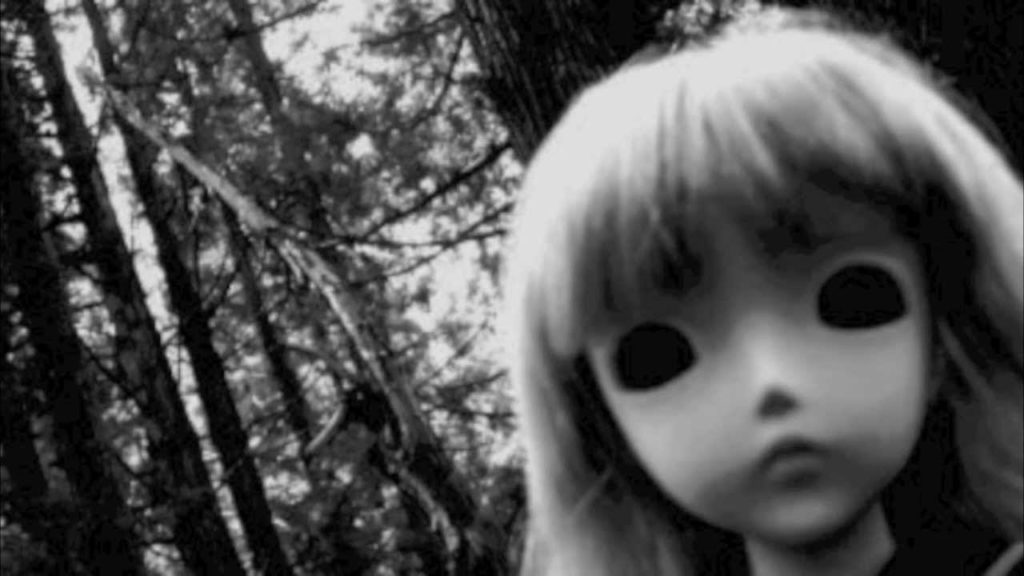 Here’s the next part of my ongoing horror story, The Volunteer, the one about a father and husband trying to do his best, as always. He’s a people pleaser, and this comes with its own frailties. Watch how he handles the introduction to the new volunteer tennis coach. Is he impressed? He’d never admit to that. Judge for yourself. Read and please comment below what your thoughts are as the tale moves forward. I can’t thank you enough for sticking with the The Volunteer.

To read The Volunteer from the very beginning, please click Part 1!

To refresh your memory from the last chapter, please click Part 3! 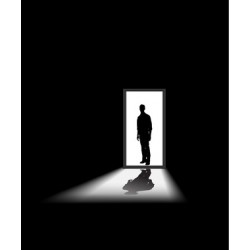 I headed over to the new guy. Obvious to me, I needed to introduce myself right away. From a distance he looked much older. He wore dark red sweats with a white striping down each side of the arms and sweatpant legs. When I approached he stuck out his right arm, his fingers long, curling inward. I noticed his clean-cut fingernails—I don’t know why—and his tan skin. I grasped his hand and we shook. His strength made me wince, a knuckle popped. He had what my father called a walnut-cracking grip, a real man’s swagger. I returned it, the macho swagger too (God, it’s like meeting an unknown outlaw in a bad Italian-made spaghetti Western for a duel—it was that tight from the beginning—I swear it was) and stared at him, afraid to be the first to break contact. (In hindsight, that’s the first time I was afraid of him. Right there on the tennis court surrounded by girls and the old coach. I admit that.) He must’ve been in his late fifties, still very fit with his fluid movement, the way he carried himself without the usual middle-age paunch. His hair was black and cut conservatively and I thought maybe his militant manner and strength came from a military background, an assumption I made that proved false, just one of many.

“I’m the new volunteer,” the man said, and he added a low chuckle. I remember that as the first time he laughed at me, as if he saw inside me even then, knew everything he ever wanted to know by just shaking hands with me. A preposterous thought, but look where it took me and then you decide. I smelled his breath, at least I thought it was his breath, as we shook hands a little more than a foot apart from each other. His teeth looked gray and I thought maybe he’d been a chain smoker. A pungent, raw smell came from the man’s mouth, a lowly rotten scent I couldn’t place. Believe me when I say I never wanted to get close enough to shake hands with the guy again. I’d tell Janelle about this turn of events and the guy’s halitosis soon enough. I’d never been sensitive to smells. Childhood allergies wrecked havoc on my sinuses along with an unfixable deviated septum. Janelle was overly sensitive to any sharp odor. I changed more diapers, wiped up the most vomit, kid and pet dog clean up master. Custer, our golden retriever, now age eight, once hung his head after being sprayed by a skunk wandering through our back yard and Janelle wouldn’t step outside for a week.

“I’m the old volunteer,” I replied. If he wasn’t going to tell me his name I’d be damned if I’d proffer mine.

My hackles cocked up. My intuition buzzed in too wacky a direction for me to verbalize at that moment, and I wouldn’t have even if I could. My smile became plastic. The man wore glasses, the kind I’d call spectacles, round, warping the view of his dark, dark brown eyes, magnifying them just slightly. I stared into them and the right side of his thin lips lifted as if he chose to smirk at me.

The new volunteer shouted out: “Don’t the rest of you stop. The last five of you to finish will do five more!” There were groans from the group of girls and their hair flew astray in the wind, which was picking up as usual so close to Puget Sound.

“I see you two met,” Coach Martin said with pep. I’d never known Coach Martin to be all that peppy a guy. He couldn’t look me in the eye though. I couldn’t get his attention from this point on, not really. 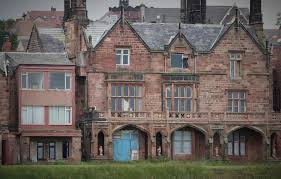 “Yes.” I refrained from asking anything else, my polite upbringing now in play. I imagined the new volunteer had approached Coach Martin, as I had years ago, and asked if he could help out. It wasn’t up to me. What was wrong with the new volunteer showing what he could do right off the bat to start to get the girls in shape. It was only three weeks to the first team match, and the girls needed ten practices before they could play. If they came up short, and there were many school and family activities that always blocked some of the kids from doing this, the biggest being the unfortunate timing of the annual drama department school musical, coupled with spring break looming ahead in two weeks, where some of the students extended the one-week spring break to two weeks, their parents wanting it to be the one big family vacation of the year, the kids who didn’t fulfill the ten practices couldn’t play against other schools until they did. Two years ago three of the top girls couldn’t get their ten practices in until a quarter of the season was already over; members from the JV squad stepped up. I didn’t see the usual amount of girls at the first practice. In years past all girls who wanted to play on the tennis team showed up that first day, the girls hit a bit before being divided into varsity and junior varsity. I counted only twenty girls at the practice and last year’s JV had at least 25 girls competing. I thought the school had a no-cut policy and everyone who wanted to play tennis played. This year was going to be very different, and that was my understatement of the season. Where were the other 20 girls?

Coach Martin and I always groused about the ten practices rule, how, inevitably, we’d miss some of the better players to the drama department and spring break. Seldom did the team notch its first win early in the season because of this—not enough court time, repetition, consistency. I recognized most of the girls from the past year and waved at some of them as they finished their last suicide—yes, an unfortunate name for the drill.

They didn’t wave back, just bent over, some with hands to their chest, or on their thighs, breathing hard. Not even Nancy and Felicia, two of the girls who I’d helped make breakthroughs in each of their games, Nancy with her forehand and Felicia, who finally—a lightbulb going off moment—reached up for her serve, an epiphany that made instructing the kids so worthwhile. Nancy gave me a shifty glance, quick, sly, and then looked at the ground. She was always an outgoing teen with a sunnier disposition, a team player.

“Callie, Ardath, Ellen, Martina, and Carmen, you five keep going,” the new volunteer commanded. And they did it. They didn’t even argue, groan, moan, act prissy, show any teenage-girl melodrama, and I wondered if these girls were the same teenagers from last year. There were only a couple new faces, the incoming freshman.

The girls who finished sprinting limped over to the three of us, their adult authority figures, instructors, leaders—that’s what I was thinking—and sank down like panthers, slinky, boneless, onto the court, sat spread out in a circle waiting for the last five penalized girls to finish.

I looked at Coach Martin, then back at the new volunteer and introduced myself officially: “I’m Bennett Worthington.” To my own ears I said this in a semi-snobby way and I told myself to stop, stop, what are you thinking now, Benny, which is what I was thinking right afterwards. I couldn’t stop my inner voice from speaking.

“This is Coach Nelson Boatman. He’s good enough to help us out this season.”

I just stood there, waiting for more information but it wasn’t forthcoming.

“Okay, do you mind?” Coach Boatman said this to both Coach Martin and I, but mostly to me, and I know that sounds paranoid.

Coach Martin nodded. The last five girls, with ragged breathing, plopped onto the ground at the outer edge of the other girls. Hardly any of them looked up. The place had a desperate pall, a cold, gray silence to match the February sky.

“Okay. Girls. Callie, Ardath, Ellen, Martina, and Carmen. Every time you five are the last five finishing from now on you’ll add an extra suicide sprint to today’s five. So, tomorrow, if you finish last you’ll complete six, and so on, until others are slower than you, and they’ll start at five. Don’t come in last anymore. Is that clear?” It wasn’t all that clear to me, but his intention was: to whip them into shape, something that hadn’t ever happened at the beginning of the last three years I’d helped out. The teenagers didn’t like to run. They were there to hit tennis balls and felt that running was boring. So many of the kids only ran halfheartedly, but what this Coach Boatman had made them do was remarkable, and part of me did relish this as a positive thing. How can a new conditioning paradigm be bad? The kids weren’t in shape. Right now they wouldn’t last one hard fought set let alone two or three.

p.s. coming soon: the 2nd edition of Wake Me Up! A story about a high school under fire from a terrible bullying incident. 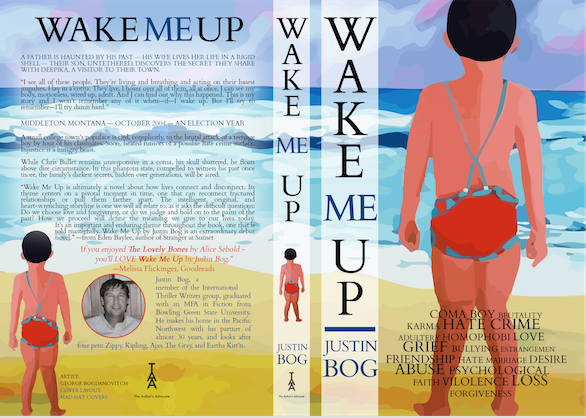