You Hope Someday Your Book Gets A Review That Says…

I’ve decided to try to post answers to questions specific to my latest psychological, literary crime novel, Wake Me Up. This book took over ten years to write and produce, going through hundreds of revisions and edits. It began to take shape in 2004, and the novel is set in October right before the contentious election between Bush and Kerry came to a close. I lived in Sun Valley, Idaho this year and the Secret Service motorcade surrounded John Kerry while he was out mountain biking. He and his wife own a home there and it was titillating to see such a promising political figure out in normal mode. But politics play very little in Wake Me Up beyond the amped-up atmosphere created in a small, conservative, college town. 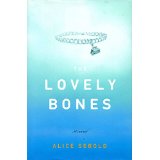 The first few days of January 2016 each had a question, and since it is now the 5th of January, I’m going to answer and fill in the blank for the first four questions I missed along with today’s curiosity:

That’s the final question and I’m all caught up this month. These questions and other answers from other authors can be found on Twitter at #JanuaryWIPjoy themes (Bethany A. Jennings organized this venture)! Check over there for more responses to these cool questions.

Find Wake Me Up in all bookstores, independent and online, in the next few weeks! 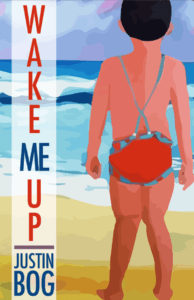