An Angel With Fur by Russell Blake – A Recommendation 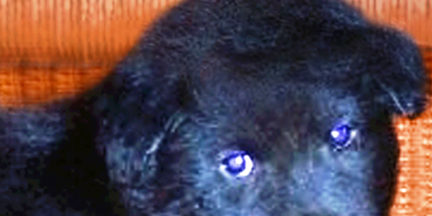 Lobo regarded me, and I him. I gathered him into my arms and clutched him to my chest, instinctively cradling him. It was then that I experienced the only episode of love at first sight I’ve had in my life.
— an excerpt from An Angel With Fur by Russell Blake 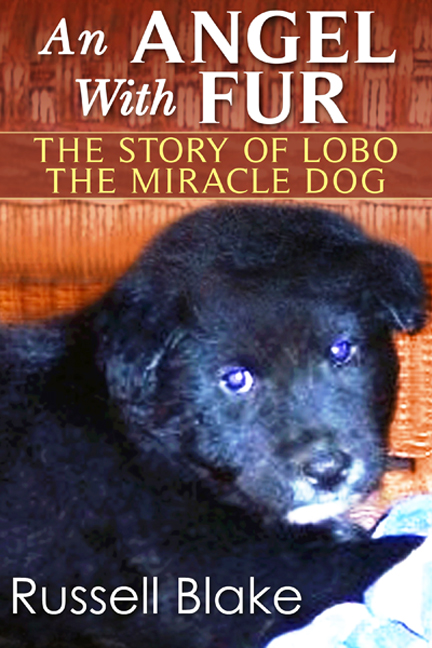 Russell Blake had a brilliant idea and then wrote the eBook An Angel With Fur, a memoir of the time spent with his Miracle dog, Lobo (too short a time). For anyone who loves memoirs, biographies, or prefers nonfiction over fiction, here is an eBook worth searching for. Russell created Lobo’s Pet Wall in conjunction with the release of An Angel With Fur to memorialize Lobo, and then to share the joy of being a pet owner with everyone. Post your own pet’s story there by following the link at the end of this recommendation.

Russell Blake started his online Pet Wall to honor his wondrous dog, Lobo. The book, An Angel With Fur, came pouring out as the story of how Lobo adopted Russell, which began one fine day while visiting an animal shelter in Mexico. If you have ever loved a pet, and most of us have, I guarantee the story will lift and then break your heart in equal measure. The honest, raw, naturalistic writing of Russell Blake brought me right into Lobo’s story; the book shows Lobo as a proportionately strong influence on someone who had never imagined how taking care of a pet could be a life-changing event. Blake captures and puts this moment, and much more, on ePaper.

Fortunately, I understood something Lobo didn’t. Two things, actually: I had learned of his weakness for chicken, which was on par with a crack fiend’s for a seven gram rock. And Second, I understood that he would do virtually anything for a tennis ball… 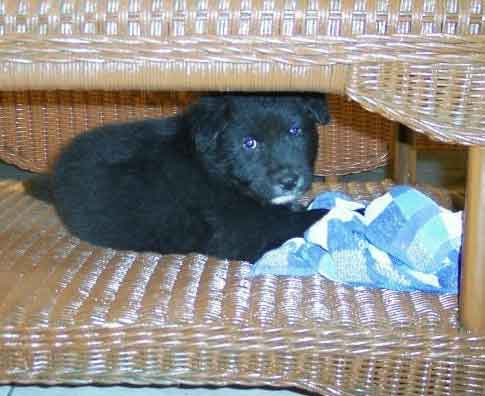 Lobo with those blue eyes: fall into them and his story will unfold.

When you write a biography, you must have firsthand knowledge of the subject you want to write about. Historical biographer’s comb data to try to understand the past, but there’s always a bit of guesswork that happens when writing such a piece. Are the writing rules the same when speaking about animals? Russell Blake took on an even greater challenge writing about Lobo. Since Lobo was no longer with him, and the memories dug in, still sharp and wounding, he focused his loss and churned out a heartbreaking story of love between man and animal that does make even the most jaded reader tear up.

Lobo was the first dog Russell adopted from a shelter in the small Mexico coastal town where he retired. He places the reader in this foreign land. He uses a strong, clear, and humorous voice to tell Lobo’s story. He doesn’t leave out the ugliness of life either. This is not a sugarcoated I-love-my-pet-and-here’s-why tale, although Lobo is a lovable mutt from the first introduction. More shelter dogs enter the story, and Russell describes their interactions with him and Lobo; most of them are other animals who have been victims of abuse or neglect. Ever since (and well before) An Angel With Fur was published, Russell Blake remains a steadfast and vocal advocate for shelter dogs in the area; he is always searching for suitable, protective, and loving homes for all the strays in his corner of the world.

Russell brings Lobo, his first pet, home and Lobo immediately inhabits the winning, comedic role of crafty and constant companion. Life moves forward, man and dog form a precious bond. One fateful day, as a young dog, Lobo is struck by the emergence of a virulent form of cancer, and his life expectancy is shortened to less than a year’s time, possibly only a few months. How Lobo is treated by a local vet, who also comes across as something of a miracle doctor, is truly sad and uplifting, and makes up the bulk of the tale. Russell doesn’t shy away from placing any reader there right with him throughout the medical intervention. This is the strength of An Angel With Fur. Especially when Lobo beats the odds. To say where the story goes next would spoil your reading experience. Just try not to fall for Lobo too.

Baryshnidog. — The title bestowed on Lobo after one particularly balletic performance.

Russell Blake is the author of five suspense novels, including the Zero Sum Trilogy. All are available as eBooks. Find more about Lobo by visiting the Pet Wall at Russell Blake’s Blog. Buy the eBook, An Angel With Fur, at Amazon to catch up. The cost is only $2.99.

Here are some other Nonfiction titles to sate your appetite for good reads:

Susan Orlean’s new biography of Rin Tin Tin: The Life and the Legend, another spot-on biography of a more famous dog is really spectacular too.

The big biography of the year: Steve Jobs by Walter Isaacson.

Roger Ebert’s nostalgic writing and film eye come together in Life Itself: A Memoir.

America’s Queen: The Life of Jacqueline Kennedy Onassis by Sarah Bradford showed me a world of privilege and secrets.

Taylor Branch’s mesmerizing trilogy of America in the King years were my mother’s favorite nonfiction titles, and she was right: Parting the Waters, Pillar of Fire, and At Canaan’s Edge are the most important books to be written on the subject.

A little writerly help book from Walter Mosley: This Year You Write Your Novel.

Elise Lufkin & Diana Walker combined their talents to create three books devoted to saving animals. They are also worth a visit to your local bookstore: Found Dogs: Tales of Strays Who Landed on Their Feet, Second Chances: More Tales of Found Dogs, and To the Rescue: Found Dogs with a Mission. 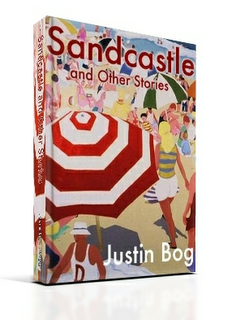