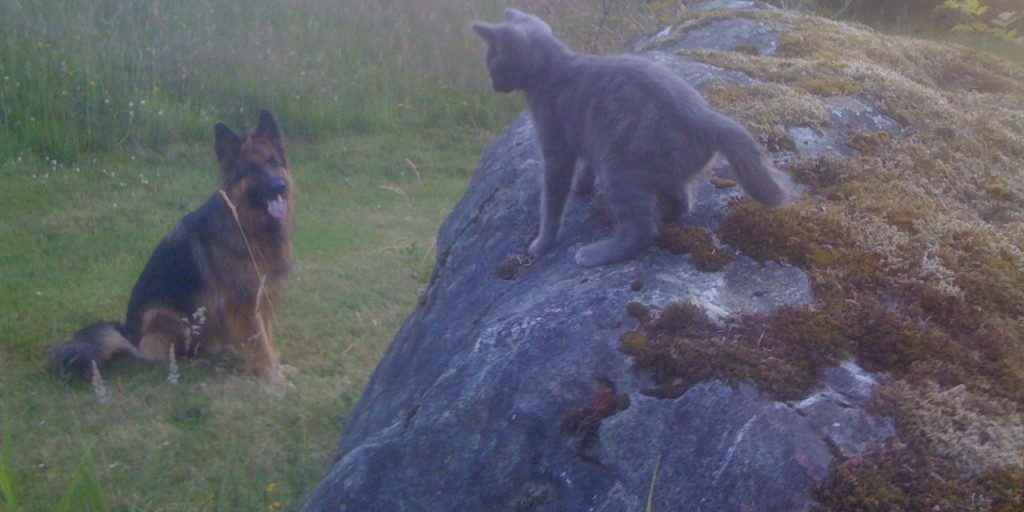 It’s raining again and there’s a lot of indoor working/revising/catching up…curl up with a good book like In the Woods by Tana French. 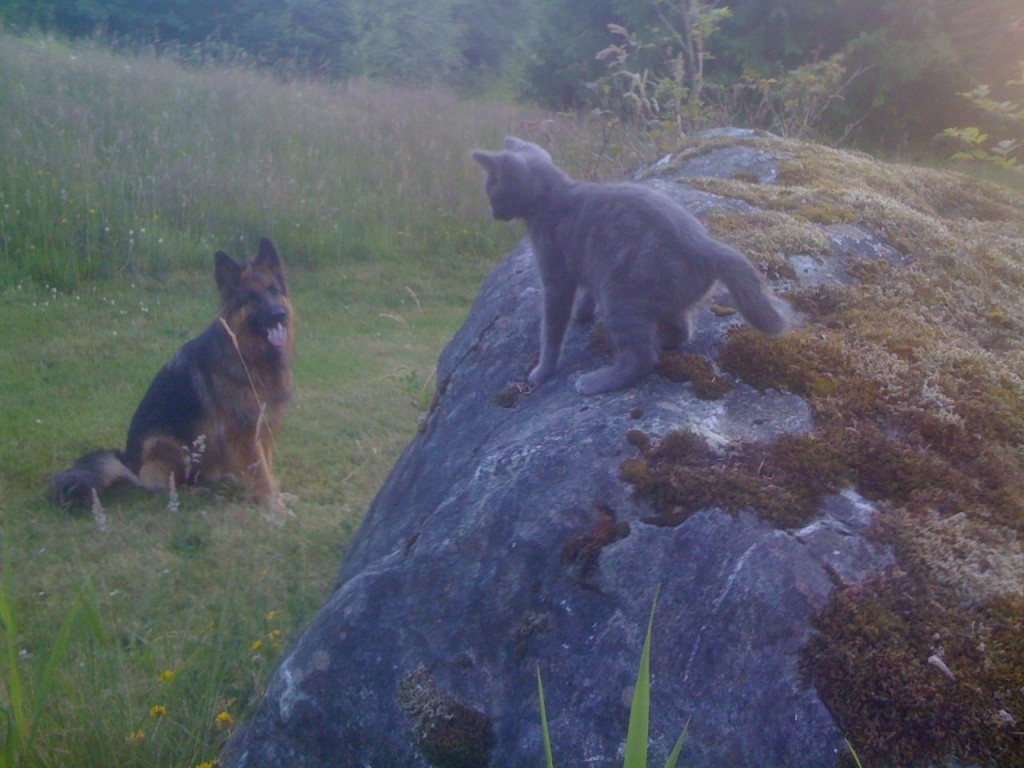 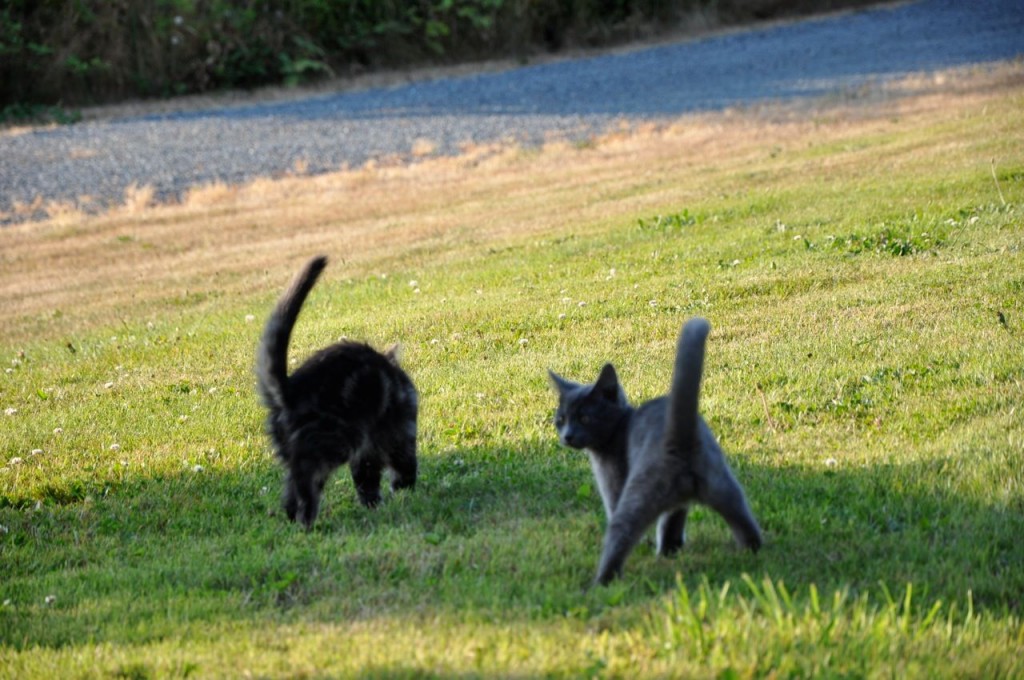 Ajax The Gray & Eartha Kitt’n had very little outside life unless supervised before they turned six months old. They are Shop/Barn cats and patrol the area during the day. At night they come inside and eat dinner and rest up for another adventure at Islewood Farm. 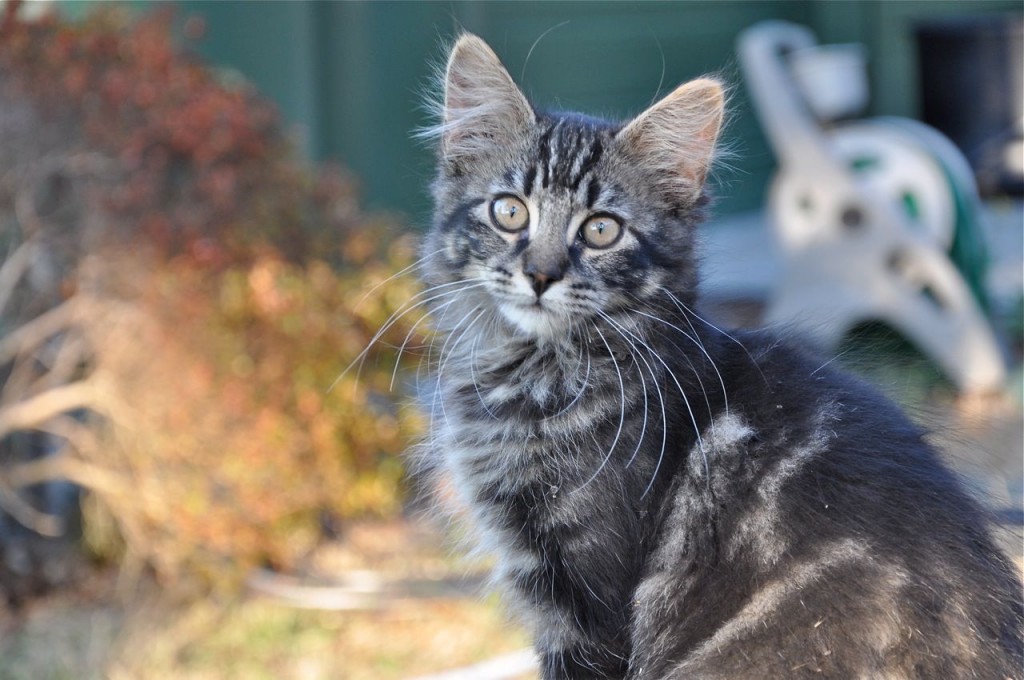 Eartha Kitt’n is a ham, a showboat, a diva, and, as her namesake, certainly a mystery. 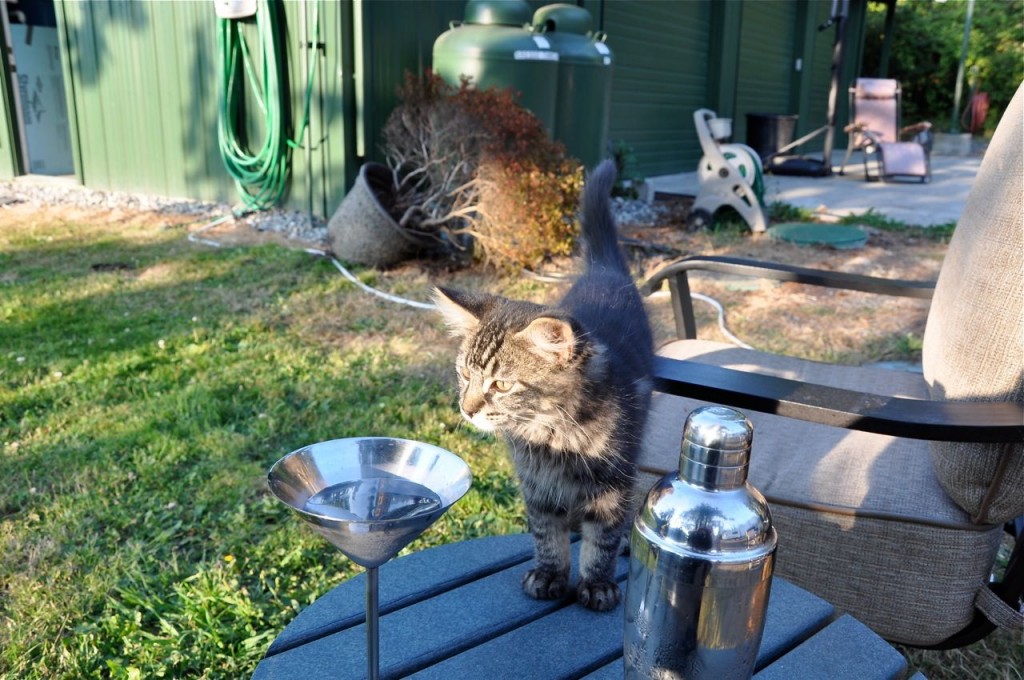 We didn’t start Eartha Kitt’n on martinis (she’s just being kittenish here) but she certainly took note & demands an icy shaker in her dressing room before each performance.

If you want to become enthralled in the best mystery written in the past ten years head to your local bookstore and pick up a copy of Tana French’s first psychological mystery: In the Woods. The author wrote this book because she had to get the story out. She didn’t have a book deal and only hoped her first novel would find notice, and did she ever. The tender care she put into this mystery makes it very special, and the book was published because it is so captivating, suspenseful and well written. In the Woods won the Edgar, Barry, Macavity, and Anthony awards.

Decades ago, in the woods of an estate in Ireland, three children set out to play, and two of the children went missing. The only child found, shivering against a tree and mute for the longest time, is shocked into a dark space, unable to remember what happened to his friends. Many years later a road is being built through the same woods and the only child who escaped the still unknown fate of his two friends is now a detective assigned to find out who murdered a young local girl, also a gifted ballet student, on the same site. Are the two crimes related? The two detectives assigned to the case form a tight unit, and their relationship isn’t whitewashed. It’s so enjoyable to finally read a book with two strong male and female leads, each with strengths and weaknesses revealed in a complex way. The twisty turns this mystery-within-a-mystery takes is inspired and showcases great writing.

Tana French has written two other mystery novels, The Likeness, and her newest, Faithful Place, which was on many of last year’s ten best books of the year lists.

Obviously, I have always wished I could remember what happened in that wood. The very few people who know about the whole Knocknaree thing invariably suggest, sooner or later, that I should try hypnotic regression, but for some reason I find the idea distasteful. I’m deeply suspicious of anything with a whiff of the New Age about it – not because of the practices themselves, which as far as I can tell from a safe distance may well have a lot to them, but because of the people who get involved, who always seem to be the kind who corner you at parties to explain how they discovered that they are survivors and deserve to be happy. I worry that I might come out of hypnosis with that sugar-high glaze of self-satisfied enlightenment, like a seventeen-year-old who’s just discovered Kerouac, and start proselytizing strangers in pubs.- from In the Woods by Tana French

Tana French – read her books 😉
Reprinted by arrangement with Viking, a member of Penguin Group (USA) Inc., from In the Woods by Tana French. Copyright 2007 by Tana French
Also, check out the new online Travel and Leisure magazine with Concierge Services: In Classic Style for more reviews of where to vacation, travel, dine and spend your leisure time.
Please subscribe to a writer’s life & Follow me on Twitter @ JustinBog.
Categories: Novels, RecommendationsApril 4, 20112 Comments
Tags: ajax the graycatseartha kitt'nislewood farmliterarymysterynovelsrecommendationszippy
Share this post
TweetShare on Twitter Pin itShare on Pinterest Share on FacebookShare on Facebook Share on LinkedInShare on LinkedIn