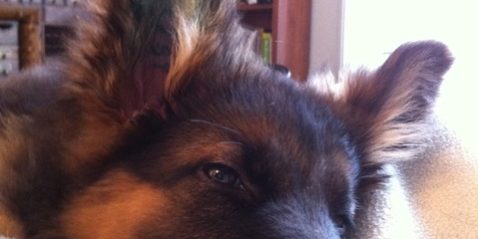 Kipling really is in a soul-and-groove moment: sacked out! 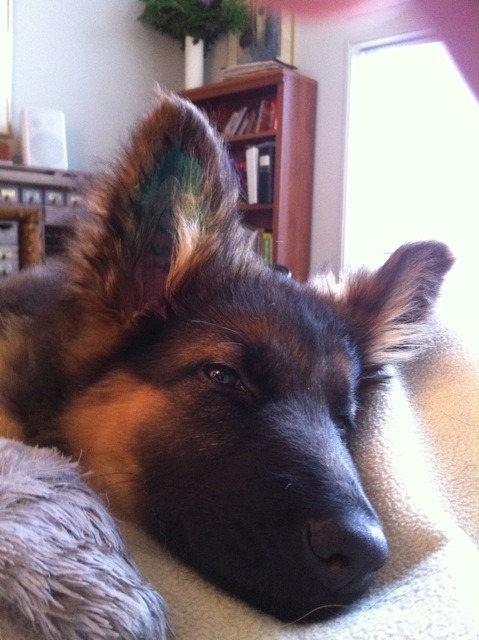 I want Kipling to settle down – so I play the song Settle Down. Does Kipling like Kimbra?

Won’t you settle down with me?

A discovery from New Zealand finally lands with a splash Stateside.

Kimbra shows remarkable poise for someone so young. She has the of-the-moment jazzy inflection but shapes this into her own alternative/pop confections. Kimbra readily admits she’s inspired by a diverse group of artists — among them are three music icons: Nina Simone, Bjork, and Prince. I place her in a similar grouping with Lenka, Adele, Duffy, and Amy Winehouse.

She spent three years in Melbourne, Australia working on her craft and then putting finishing touches on her first album, Vows, which has not been released in the USA as of yet. I believe this to be a wise step. The first Settle Down EP, an iTunes release, allows Kimbra to venture into the tough music scene without having to jump in all at once. The four songs on the EP are catchy jazz-influenced singles, including a stirring version of Plain Gold Ring, recorded live at Sing Sing Studios. The song Settle Down pulled me in with its beginning silken rhythm and the accompanying video is worth viewing again and again. The video is smart filmmaking that tells a story, matching the lyrics in a playful manner. Check it out here:

As the end of the year approaches, I’m so happy to have discovered the music of Kimbra. Listen to the music and make the most of what time is left in 2011.

Happy Holidays to you and yours, Justin