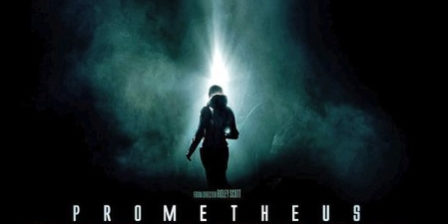 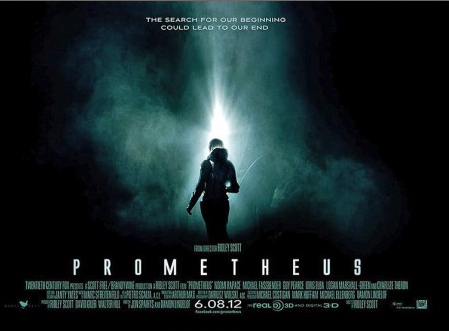 I grew up in a family of horror film lovers, and scary book readers. I was a kid, age ten, when Jaws hit the big screen, 13 when Alien came out in May of 1979, and the junior high cafeteria filled with chatter of chest-splattering, oozing eggy tentacled monsters, the inner set of metallic jaws created by H. R. Giger-fueled nightmare imagery. Wet, slimy, horror was crafted and put on display by the steady hands of someone who deserves many lifetime achievement awards, Ridley Scott. The first Alien is a horror film set in a science fiction future time. The crew of a spaceship, the mining vessel Nostromo, following what appears to be a distress signal, land on a distant planet with an atmosphere unbreathable to humankind. They then flee the planet carrying more than they ever would’ve bargained for. The background noise in Alien shocks with a build-up of silences — a spooky haunted house in space where, with growing fame, the trailer said, “no one can hear you scream.” 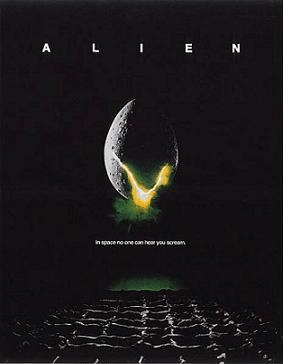 From wiki: “(Alien) has remained highly praised in subsequent decades, being inducted into the National Film Registry of the Library of Congress in 2002 for historical preservation as a film which is “culturally, historically, or aesthetically significant”. In 2008 it was ranked as the seventh-best film in the science fiction genre by the American Film Institute, and as the thirty-third greatest movie of all time by Empire magazine.” 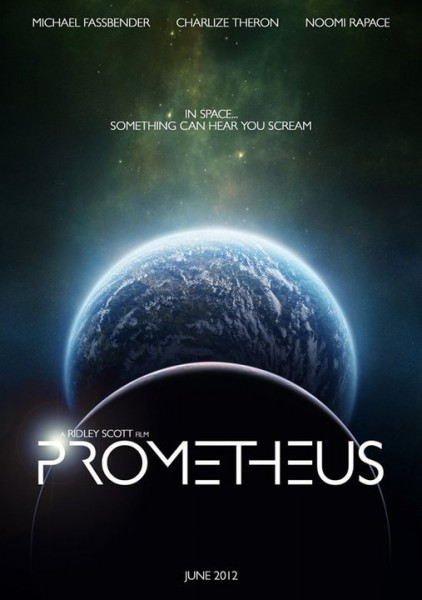 Now, over thirty years pass, and Ridley Scott climbs back behind the lens, directing what could be seen as another masterwork. Prometheus is a film that asks tough questions about humanity. Where do we come from? Who created us? Is there a God? What about that guy named Darwin? Is this escapist science fiction? I fell for every frame. The characters actually converse in a way that feels natural in an unnatural setting. They are well rounded. The Captain of the spaceship Prometheus, Janek, played by Idris Elba, leaves an indelible mark as a man who recognizes a terrible fate and allows his humanity to come through in an understated but colorful supporting performance.

Ridley Scott’s style is his own. Arguably, his best films are in the science fiction realm. Blade Runner is copied and borrowed today. Look at the trailer for the remake of Total Recall coming out later in the summer and tell me how similar this world is to Scott’s bleak vision. Now, Ridley Scott is in serious talks about revisiting the Blade Runner world, and I hope he does. With new vigor and a youthful rejuvenation, Ridley Scott, a man in his mid-seventies, is tackling provocative film subjects once more, and I couldn’t be happier.

Meredith Vickers: A king has his reign, and then he dies. It’s inevitable.

After the discovery of a star and planet map in a cave on Earth, the spaceship Prometheus is sent to a planet that may hold the secret to the origin of life. From this origin point, what Scott does best is humanize high-concept themes. What is it like to yearn to experience human life, to want this moment so badly, it appears to direct every artificial move? Did alien beings really create life? Did God? What I love about the film is that there are no easy answers given. Philosophical arguments can continue.

Also, the casting is perfect. Noomi Rapace inhabits the main role of Elizabeth Shaw, who toys with a tiny cross hung around her neck. Other cast mates tease her for her beliefs. Shaw’s boyfriend, Charlie Holloway, played by Logan Marshall-Green, almost steals the film with his normalcy – his character feels true dread and so do we because of his situation. These two are fun to watch. So is Charlize Theron, who plays Meredith Vickers, the mouthpiece of the corporation, the kind of character who always shows up in the Alien film franchise, someone supporting products over people. Theron is having a stellar year, stealing the show in Snow White and the Huntsman, and coming close on this far off planet when she chews up a scene with her icy glare.

Michael Fassbender plays the android. David 8 is a walking and talking film-freak android with his own agenda, as the best androids in the Alien films have. He is a marvel to watch as he glides around the ship on his quest to try to understand what really sets him apart from his human makers.

Interviewer: Is there anything you would like to say, David?
David 8: I would like to express gratitude to those who created me. Happy Birthday, David, from Weyland Industries.

Most of the action occurs on the distant alien planet, where a mysterious mound is discovered after signs are found on Earth — all of the signs pointing off to this Godforsaken place. The wary crew explores the mound and try to dig through the rubble, discover what happened to those who came before them. As in Alien, Rapace’s Shaw in Prometheus is the strongest character. She perseveres in terrifying circumstances, something Sigourney Weaver’s Ripley did as well in several of the Alien films.

Soapbox digression: I wish for much more of this gender-blind casting in films to come — women can be just as strong, weak, heroic, comedic, dramatic or villainous as men. Is anyone else tired of only seeing one woman in a full cast of men in a movie? Scarlett Johanssen was the only female Avenger? Please. Where was The Wasp, or, more appropriate for ScarJo, The Scarlet Witch? Jumping off soapbox, apologies . . .

Prometheus populates the spaceship with a good mix of different characters, men and women. I won’t go further into the plot so as not to give away too much, but everything, including the tone, the atmosphere, setting, character dialogue, inflection, reminded me so much of Ridley Scott’s Alien. Prometheus needs to be seen on a big screen. I saw Prometheus in 3D, and although this enhanced the rich landscapes, it is not necessary, and certainly not worth the extra expense.

If I gave out ratings Prometheus would get the highest mark. The best film of 2012 so far.

Meredith Vickers: Take us home!
Elizabeth Shaw: If we don’t stop it, there won’t be any home to go back to!

Best to you always and enjoy your entertainment choices, 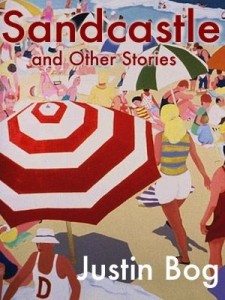