Rise Of The Planet Of The Apes — A Film Recommendation 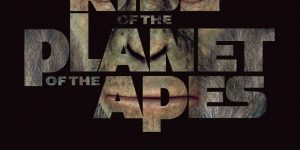 Another great summer movie, Rise of the Planet of the Apes comes out of nowhere and starts people talking about meddling with nature, Tom Felton, that meanie Draco Malfoy from the Harry Potter films, and his turn as a brutish animal handler and how well he masters an American accent, and the astounding sight of apes climbing the Golden Gate Bridge. I caught one of the later showings at the local Anacortes, Washington Cinema. There’s nothing better than a popcorn movie with friends, who all enjoyed the movie as much as I did. 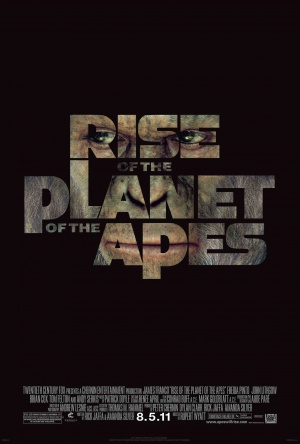 Rise of the Planet of the Apes stars James Franco, Freida Pinto, John Lithgow, Brian Cox, Tom Felton and Andy Serkis, who inhabits the role of the main ape, Caesar. With great insight, the crafty Director, Rupert Wyatt, builds a tense, sad, and inspired backstory from the 1963 novel, Planet of the Apes by Pierre Boulle, and turns it into the best film in the Apes series. With a steady hand, the story unfolds in present day, as Will Rodman, Franco, a scientist at GEN-SYS tries to find a cure for Alzheimer’s disease by testing a genetically-engineered retrovirus on chimpanzees. Will bonds with Caesar and they are torn apart by Caesar’s bold acts of defensive loyalty, which grow ever more destructive. 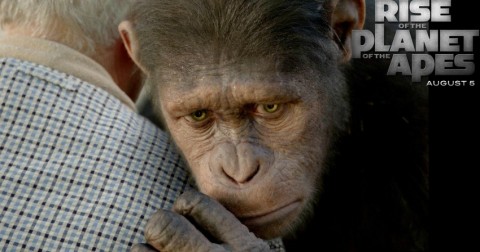 Of course, as in all Dr. Jekyll and Mr. Hyde and Frankenstein stories, the audience is not sure who the real monsters are. My loyalty was torn between the horrible humans who cage the animals, and the angry, smarter apes, who only want to escape. The catalyst for the uprising is a meeting between Caesar and a German shepherd while visiting a State Park. Andy Serkis is Caesar. He played Gollum in The Lord of the Rings to such perfection and I think he’s much better here playing a non-fantasy character, if you count talking apes as non-fantasy characters! The CGI is believable, the sorrow in Caesar’s eyes palpable, while the suspense and sheer beauty of the apes swinging quickly through the trees, showering leaves down on bewildered people gathering in the street, is one of the best film scenes this year.

There is a message in the movie if you dig deeply enough, but this is thin: not to mess with mother nature; the hubris of man will bring devastation, and the death of humanity by man-made contagion. The director decided to never allow the message to get preachy or take away from the driving narrative because he knows that people want to see apes running amok. By the time the apes Rise, I was more than ready to watch the movie do what the poster and trailer promised and say, “Wow!” The film delivers chills, suspense, and a heartfelt story of loss and longing.

This PG-13 rated science fiction film was written by Rick Jaffa and Amanda Silver with Music by Patrick Doyle and Cinematography by Andrew Lesnie. It runs 105 minutes. 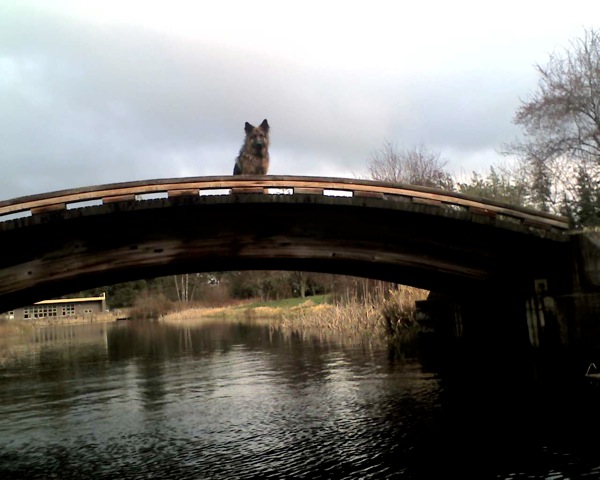 Zippy, ever watchful, here on the bridge, says he wouldn’t be scared of those Apes! But I know better… 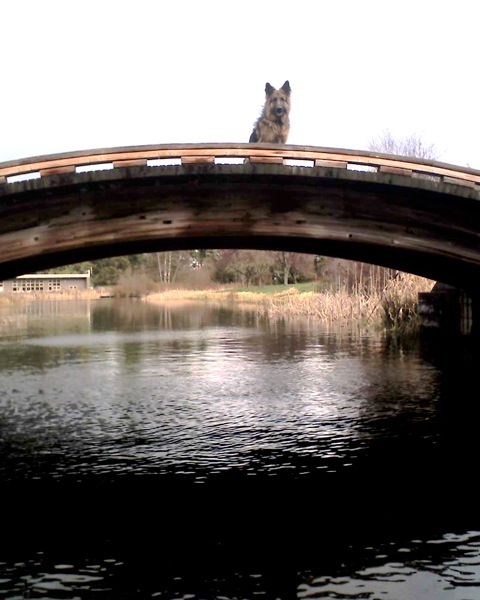